As he promised during an interview with Channels Television in January, President Muhammadu Buhari did not reveal the name of the candidate he would prefer to succeed him when he leaves in 2023.

“I wouldn’t say (the name) because he could be eliminated if I mention it. I better keep it. It’s secret,” Buhari said when asked if he had a preferred successor.

A few days away from the All Progressives Congress (APC) presidential primary, originally scheduled to be held in Eagles Square, Abuja on May 29-30, 2022 but now postponed to June 6, 7-8, 2022, Buhari’s choice is another big secret.

Buhari completes seven years as president, one to go

But as delegates converge to elect the ruling party’s presidential candidate for the 2023 general election, the president is expected to finally unveil the designated successor.

All eyes are on Buhari.

Although he generally projects a largely aloof disposition that suggests he is uninterested in matters that do not affect him personally, Buhari has demonstrated that he has the capacity and capacity to influence the situation within the APC.

Late in the long contest for the position of APC national president, Buhari brought former Nasarawa state governor Abdullahi Adamu into the running and ensured he was elected national president of the APC. party as the unopposed consensus candidate at the party’s national convention.

Such a feat will be harder to replicate in a crowded presidential primary election that involves several hugely ambitious politicians, but it’s certainly not beyond Buhari to decide who will emerge as the APC’s flag bearer and, by extension, his probable successor.

The leading presidential candidates on the APC platform are aware of the importance of Buhari’s endorsement. Aspirants like former Lagos State Governor and party stalwart Bola Tinubu, Vice President Yemi Osinbajo, Ebonyi State Governor Dave Umahi and others have officially announced their intention to run in the elections after visiting Buhari in the presidential villa in Abuja.

The aspirants understand that being the president’s preferred candidate is, more or less, all it will take to become the APC’s presidential nominee in the 2023 election.

But, according to available information, Buhari offered the same advice to all the aspirants who came to see him. The summary of his advice: Consult widely.

Twenty-eight expression of interest and presidential nomination forms were purchased – some by proxy – as part of the preparations for the CPA’s presidential primary election.

Twenty-five of the forms have been completed and submitted, signifying the intent of the aspirants concerned to participate in the primary election.

Barring last-minute disqualifications of aspirants — the party has yet to select presidential candidates — the primary election is going to be a crowded field with an unprecedented number of candidates. The APC National Working Committee (NWC) is making the situation worse by insisting on the selection of 28 aspirants, including those who purchased, completed and submitted forms, and those who had forms purchased in their name but not submitted.

APC NWC’s insistence on selecting 28 candidates means former President Goodluck Jonathan, Central Bank of Nigeria (CBN) Governor Godwin Emefiele and African Development Bank (AfDB) President Akinwumi Adesina are all on the ballot, although they did not officially declare themselves president after the forms were purchased. their.

Reports continued to link Jonathan to the APC presidential primary even after the deadline for the purchase and submission of forms had expired and the forms purchased for him by a group of shepherds and community members from ‘Almajiri were not submitted. 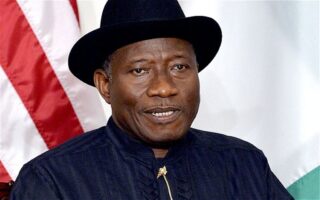 It was reported that Jonathan informed the APC leadership that he would only contest the primary election if Buhari openly endorsed him as the consensus candidate to pave the way for other aspirants to stand down for him. . This will only happen if the former president is indeed Buhari’s secret candidate. That hasn’t happened yet and time is running out.

Among the 25 candidates for the presidency, composed for the most part of influential governors, former governors, ministers and senators in office, some individuals are still the favorites. At the top of the list is Tinubu, which is said to currently have the strongest political structure in the country. Vice President Osinbajo is also a major contender – as Buhari’s deputy for nearly eight years, he is not unlikely to become the candidate the president keeps to his chest.

Another powerful force is Senate President Ahmed Lawan. He has a coalition of influential politicians from different parts of the county behind him, and he can rely on the large contingent of North West delegates.

Chibuike Amaechi, former transport minister, is mentioned as Buhari’s choice. A long-time Buhari ally, former minister of science, technology and innovation, Ogbonnaya Onu, has also been named as the surprise candidate Buhari may unveil in the presidential primary.

The new electoral law of 2022 did not allow the vote of statutory delegates in the primary elections of political parties. An amendment passed by the National Assembly, aimed at reversing the situation, was not signed into law by the president.

Accordingly, officials such as the president, vice president, members of the National Assembly, governors and their deputies, members of state houses of assembly, presidents of councils, councillors, National working committee members, among others, who are considered statutory delegates in political parties, would not vote in the presidential primary.

The development will have a major impact on the APC presidential primary election. With statutory delegates being “disenfranchised” by the 2022 Elections Act, the number of delegates who would vote in the CPA primary election increased from 7,800 to 2,340.

The 2,340 are made up of three ad hoc delegates elected from each of the country’s 774 local government areas (LGAs) and the six area councils of the Federal Capital Territory (FCT).

Non-participation of statutory delegates can affect the electoral fortunes of some candidates, especially those who would normally be banking on “giant delegates” – a term that refers to a situation where a state has a large number of delegates due to the presence of a large number of officials.

Northwest has highest number of delegates in APC presidential primary

A breakdown of the number of delegates who would represent the various states and the FCT in the APC presidential primary shows that the Northwest has the highest number with a total of 558 delegates.

South West is second with 411 delegates, followed by South South with 369 delegates. The Center-North occupies the 4th position with 363 delegates. The North East follows with 336 delegates.

The Southeast, with 288, has the lowest number of delegates who will vote in the APC’s presidential primary.

Distribution of delegates by states and zones